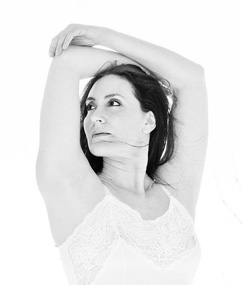 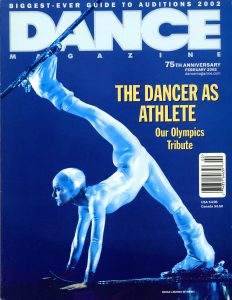 Nicole began her classical training at The Ohman School of Ballet, under the direction of New York City Ballet soloist Frank Ohman in 1981 and started her professional career with the New York Dance Theatre at the age of 17 while also on scholarship at Joffrey Ballet School in NYC. Her dance career is vast and diverse having performed extensively with Momix and Ballet Hispanico, as well as several regional classical and contemporary companies for a collective 25 years before shifting her attention toward directing and producing. She’s performed on some of the world’s most prestigious stages spanning 44 countries across 6 continents and taught master classes around the globe. She’s been featured both on the cover of Dance Magazine and on ABC’s Live with Regis and Kelly as “the Athletic Dancer” and had the privilege of meeting and performing for HM Queen Elizabeth and HM Prince Philip at the Royal Variety Show in Liverpool, England.

Ms. Loizides helped choreograph seven of Momix’s internationally touring shows, is the Artistic Director of Moving On, and the Executive Producer of the Gold Coast Dance Festival.

She was an Associate Choreographer of the “Dove-Symbol of Peace”, featured in the opening ceremonies for the 2014 Sochi Olympics and the Staging Director and Choreographer for Abu Dhabi’s 44th National Day Celebration, broadcast nationally.

Nicole has received a citation from Nassau County for her creation of the Gold Coast Dance Festival stating her leadership and contributions in making a difference in the lives of the people of Nassau County.

Ms. Loizides is an adjunct professor at LIU Post, a master teacher in both ballet and injury prevention for dancers, a medical massage therapist, the Board Chair at Cove City Arts, and a Board Member and Artistic Advisor of Orkestai Farm in Oyster Bay. Her passion for the environment, sustainability, conservation, and self-care all play a part in her creative process.