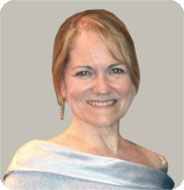 Ms. Floridia has had ballet training throughout her life including instruction from Frank Ohman in his adult ballet classes. She has also studied various forms of tap, jazz and modern with prominent professionals.

She is an active participant in national teaching conferences, educational programs and workshops with master teachers including the CPYB teacher training under the tutelage of Darla Hoover and Marcia Dale Weary, and the National Dance Institute through the Bayshore School District.

She has received certification from the New York Dance Guild (Hunter College) in dance therapy and early childhood dance, and from the ABT® National Training Curriculum in pre-primary to level 3.

Ms. Floridia developed the dance program for children ages 3 through 7 at the Ohman School where she incorporates her training in the fine arts and theater into the curriculum as well.

Ms. Hambley received her classical training with Frank Ohman and continued her dance studies at Tulane University where she concentrated on Modern, spent a semester at the Edna Manley School of Visual and Performing Arts in Kingston, Jamaica, and was the recipient of the Minette I. Starts Dance Award for outstanding achievement.

Ms. Damadeo trained originally on Long Island with the June Claire Studios before studying and working with the Joffrey Ballet in New York.

She continues to study at Steps on Broadway and the Broadway Dance Center where she also teaches. She holds a degree in both Dance and Elementary Education from New York University and teaches in the Hauppauge School District.

Ms. Redman has been teaching all disciplines of dance for 28 years although ballet and pointe are her specialty.

She directed her own school in Michigan for many years and has served as the Children’s rehearsal director for the Moscow Ballet’s “Great Russian Nutcracker” for 15 years.

Ms. Redman has been judging for Nexstar Talent Competition for 13 years and currently teaches at the Ballet Hispanico School, the Lucy Moses School in NYC and she has also taught at Fiorello H. La Guardia High School of the Performing Arts and Steps on Broadway.

Ms. Redman has won several Choreography Awards and her students have placed in the top 3 at the Youth America Grand Prix and have been invited to the finals in NYC. Ms. Redman’s students are dancing on Broadway, with the Radio City Rockettes and in several ballet companies.

Ms. Saia trained originally in classic dance and ballet in her home country of Argentina. She earned a BA in Contemporary Dance from the Teatro San Martin and an MFA in Dance from the Universidad Nacional de Las Artes in Buenos Aires.

Ms. Saia was a Principal Tango Performer and Choreographer in the original Tony nominated production of Forever Tango. After touring both nationally and internationally, she returned to New York to teach, heading up the Tango Division at DanceSport Dance Studio, made famous by Al Pacino in “Scent of a Woman”. With her partner, Ronen Khayat, she performed at venues such as Lincoln Center, Town Hall, and Carnegie Hall. Ms. Saia also performed with international ballet star, Julio Bocca.

In 2013, Ms. Saia was honored with an Hola Award for Outstanding Performance by a Female Artist, for her work in Tango Fever at Teatro Latea.

Ms. Lichtenberger trained and graduated from the School of American Ballet before attending the Juilliard School where she received a B.F.A. Degree in Ballet and Modern Dance. Along the way she was also mentored by André and Lida Eglevsky and Anthony Tudor.

She has performed with the New York City Ballet, Radio City Music Hall, the Eglevsky Ballet as a soloist, the Louis Falco Company and the José Limon Company. Ms. Lichtenberger has been a prolific choreographer for the Ohman School where her pieces have been lauded by Jacques d’Amboise, Allegra Kent, Violette Verdy and several other legendary New York City Ballet dancers.

She has directed and choreographed scores of musicals for theater groups on Long Island including Plaza Theatrical Productions and was an adjunct professor of dance at Hofstra University for 13 years.

Allison Sale Palaia began her training at the Kirov Academy of Ballet in Washington D.C.  She grew up competing nationally and internationally in many styles of dance while also performing at the Kennedy Center and George Mason University with various Ballet and Opera companies.  She received her BFA in Dance Performance from the University of the Arts Philadelphia, with both Honors and Excellence Awards, leading her to perform in a variety of notable festivals and productions in the Netherlands as well as North and South America.  She’s performed with Contemporary Concert Companies Alexis Convento & Artists, Bennyroyce Dance Productions, Dancequail, Earl Mosley, Loni Landon, and zoe | juniper.

Allison has performed 9 seasons with the Metropolitan Opera at Lincoln center in a variety of performances including Aida, Cinderella, Don Giovani, Eugen Oengin, Magic Flute, Manon, Queen of Spades and Prince Igor.  In addition to her notable performances, Allison enjoys her time as a choreographer and teaching artist and has completed her 1st level of American Ballet Theatre’s National Teacher Training.