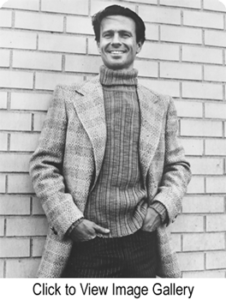 Mr. Ohman was a prolific choreographer, creating over two hundred original ballets, many of which have been performed by his New York Dance Theatre. He has choreographed for the Boston Ballet, Edmonton Ballet, Syracuse Ballet (where he was director), the Cassandra Ballet of Toledo, the Long Island Philharmonic, the Long Island Lyric Opera, the School of American Ballet workshop performance, American Movie Classics, the PAF Playhouse, the Adirondack’s Long Lake Performing Arts Camp, and Indiana University. He assisted in the re-staging of Balanchine’s “Slaughter on Tenth Avenue” for the 1981 revival of “On Your Toes” and the 1986 New York City Ballet revival.

In his later years, Mr. Ohman directed his talents towards teaching, choreography and artistic direction. He has been a guest teacher at the Boston Ballet, the School of American Ballet, the St. Louis Ballet, and the National Dance Institute. In 2004, Mr. Ohman was invited to be the guest Ballet Master of the Ballet Philippines where he spent three weeks sharing his knowledge and teaching the company in the style of George Balanchine.

When Mr. Ohman was not teaching at the Ohman School of Ballet, guest teaching, choreographing or directing, he enjoyed painting and sculpting.

Balanchine’s Dancing Cowboy, authored by Mr. Ohman and his good friend Emily Berkowitz, is an inspiring, American success story of a boy living in the rural West who sees a movie that changes his life, and with talent and work rises to become part of one of the world’s finest ballet companies. It is also the story of Mr. Ohman’s relationship with his master teacher and caring friend, George Balanchine, and the life lessons he learned from him, in and out of ballet class.